Don’t forget to move your clocks! 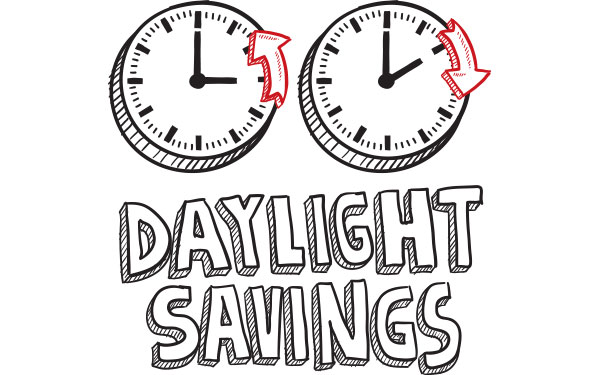 Did you know, daylight savings time was NOT proposed by Benjamin Franklin, but instead by New Zealander George Hudson? He proposed the idea in 1895, however it was not accepted by an entire country until April 30, 1916 by Austria-Hungary. Currently it is observed by 70 countries around the world with Japan, China, and India being the only industrialized countries that do not observe daylight savings time.

Another problem the daylight savings time presents is the disruptions and mistakes to meetings, travel, broadcasts, billing systems, and records management. If you have a flight that is scheduled to leave at 1:43 PM, is it leaving at 1:43 PM or what you know to be 2:43 PM? And that’s just the beginning of the confusion.

Countries such as Argentina, Chile, Iceland, Singapore, Uzbekistan, and Belarus have moved to a permanent daylight savings time. In 2011, Russia made the switch as well, however it proved unpopular when sunrise began happening too late in the day during the winter. They switched back in 2014.

Previous
Things to Consider When Deciding Where to Live
Next
Should I get a home inspection?

Thank you for contacting us, we'll get back to you shortly.

Sorry, we are unable to send your message at the moment. Please try again later.

Please provide your name and email

Thank you for contacting us, we'll get back to you shortly.

Sorry, we are unable to send your message at the moment. Please try again later.